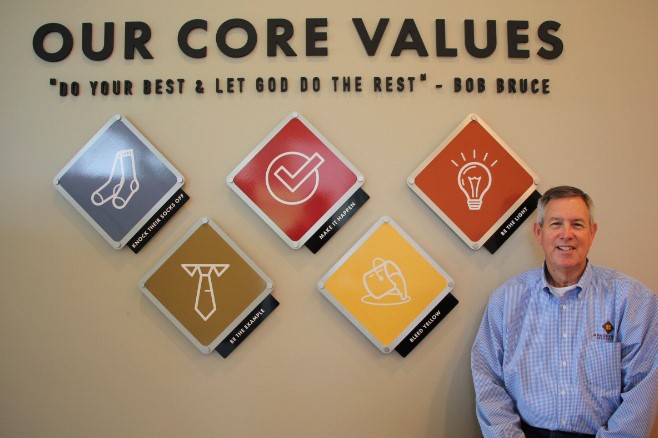 With Brookstone's 10th anniversary just around the corner, we want to take the next few months to highlight some of our favorite and fondest memories. Up first, this raving email review from our customer, Ms. Fromme:

"My husband was at work, and I was home with a sick 2-year-old. Needless to say, I was exhausted, frustrated, and already overwhelmed dealing with the HVAC technician and his two associates who were leaving as your Brookstone team arrived.

Cody immediately came in and saw I was in distress. He was calm, and his professionalism was above and beyond. He listened to me very patiently, very calmly, and was so very understanding of my concerns. I must have asked him 100 questions; most were repetitive. With each answer, he was clear, thorough, and excited to share his knowledge.

I took Cody, Erik, and Hunter upstairs to show them the water damage. While standing on the landing, my son started crying, and I dropped the fan that I was moving out of the guy's way. Erik immediately jumped to action by picking up the fan that I dropped, untangled the cord, and started moving furniture. At one point, he even lifted a 200-pound dresser to help me get a wire brush (left by the HVAC team) that was wrapped up and tangled underneath. He was so thoughtful and anticipated what needed to happen.

The HVAC technician and his team had left a complete mess in my home. By the time the Brookstone team arrived, we had insulation all over our landing, all along our stairs, and to the front door. I was in the kitchen at one point and saw Hunter go out to his truck and grab a broom. This young man took the time to sweep the landing, every last stair, and most of my first floor. I kept apologizing for the mess, and he very kindly said, "It's the least we can do. We want to leave your home better than how we found it.... besides, I have 3 children, and I completely understand". I'm crying as I'm composing this email because what was so astonishing was his inclusion in using the word "we". Even though he was the one sweeping, he was giving credit to his team. This is a sign of leadership, and it was endearing.

As the Brookstone team continued working, I could hear Cody relaying the plan to his team with enthusiasm and confidence. I saw him actively engaging with Erik and Hunter by relaying the plan of action, reviewing the steps to be taken, and involving them in executing the end result. Throughout the process, Hunter and Erik were attentive, determined, and present both mentally and physically.

I've never reached out to a company in this manner to give praise of this magnitude. Like I mentioned to you earlier, I didn't want any of them to leave. They excelled in representing Brookstone and further in helping me through today.” 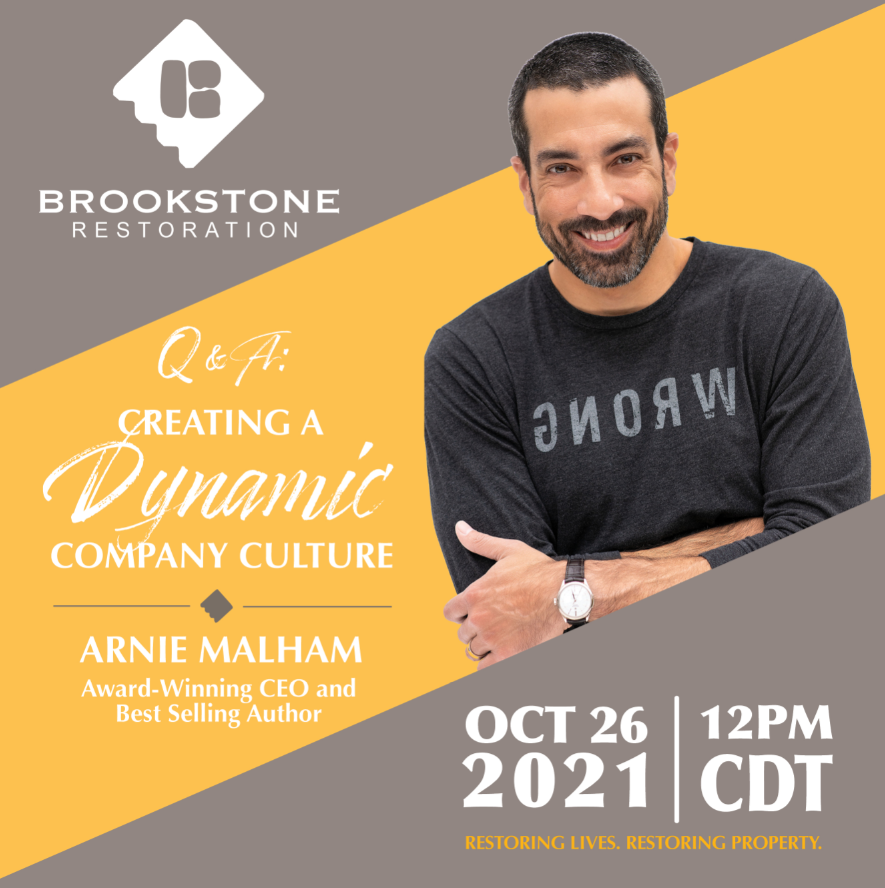 One of the many services Brookstone offers is our thrilling and informational monthly webinars. This month we would like to highlight our next webinar host, Arnie Malham.

Arnie is an award-winning CEO, 8-figure entrepreneur, and best-selling author who helps progressive leaders create and sustain engaging cultures within their organizations. With more than 20 years under his belt as a successful entrepreneur, Arnie has founded and sold multiple businesses, including his most recent sale of a prominent advertising firm producing more than $60M in annual revenue. Through employing thousands of employees across three different companies, he has implemented simple, yet effective methods to create remarkable and sustainable cultures. Arnie is an international speaker who has spoken to more than 10,000 executives, CEOs, and entrepreneurs worldwide on the topic of culture and employee engagement and has also been featured in leading media such as CBS and Forbes. Arnie was awarded Most Admired CEO, ranked in Nashville’s Best Places to Work, and was an Ernst and Young “Entrepreneur of the Year” finalist. Today, Arnie is the founder and CEO of BetterBookClub where he helps companies, leaders, and individuals build a strong culture that both attracts the best people and rewards those who seek personal growth within the organization.

If you would like to take part in this inspiring Q & A with Arnie, feel free to register here. 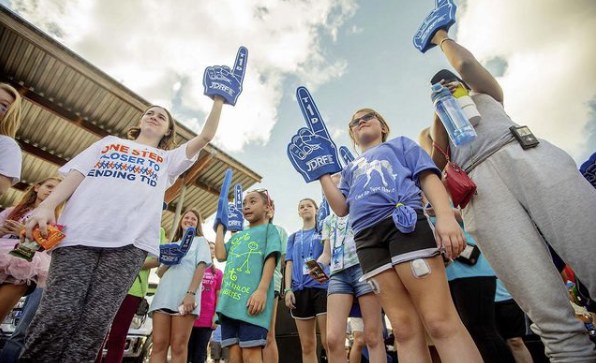 As a sponsor and donor for the Juvenile Diabetes Research Foundation (JDRF), Brookstone would like to invite all of you to create a walk team for this year’s One Walk event. When you make a walk team and begin to raise money, you can also win some fantastic prizes. Some of these include an official 2021 walk t-shirt, prize box delivered to your home, Chick-fil-A for ten people delivered to your home, and more. To create a walk team, we would love for you to reach out to our office at 1-800-699-1970, and we can connect you to JDRF. Once you have created your group, fundraising is as easy as asking your neighbors or social media following to donate, hosting a bake sale at your school, or just placing a donation bucket at your office!